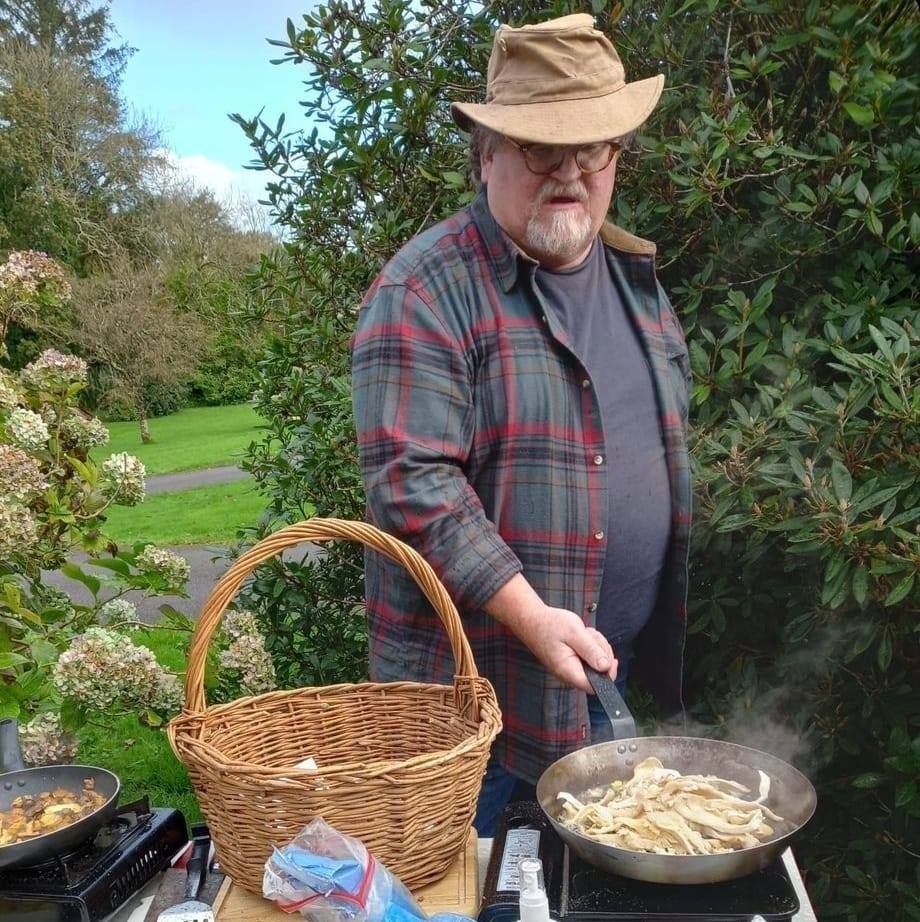 This week on the Curiosity & Consciousness podcast, Bill O’Dea of Mushroom Stuff is my guest.

Bill is a passionate Irish Mycophagist who has been running mushroom hunts in Ireland and abroad since 1996. He also speaks internationally at Mushroom festivals in Spain, France and Turkey.

As well as his love of foraging mushrooms and other wild foods, Bill enjoys sharing his knowledge on the fascinating, amusing and sometimes horrific aspects of fungi and their relationship to the planet and the other natural kingdoms.

He studied fungi at UCD & he is an active member of the Association of Foragers(a UK/European wide professional foragers group) and an Irish delegate for the Slow Food Salone del Gusto.

Bill runs several public mushroom hunts in Autumn every year and is also available for private events. He has enjoyed sharing his passion with groups including chefs, university/college, slow food and mushroom/food festivals.

I really enjoyed this conversation with Bill which took a very spiritual twist towards the end!

In this episode he talks about: