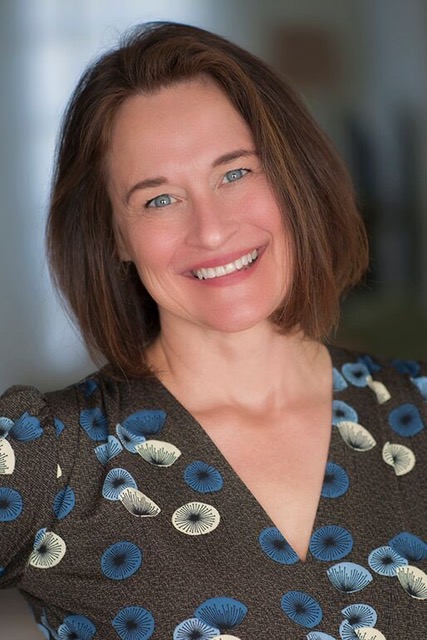 This week I’m chatting with Angela Montano who is an international Spiritual Coach and Prayer Practitioner. Angela began her career as a television reporter, host and producer on local news and PBS. She was a contributor to the McNeil-Lehrer News Hour and field producer on the Emmy Award- winning show. In the hundreds of news pieces she covered, Angela saw something deeper in the human spirit—a richer story than the ones she reported to her TV audiences. Angela felt called to explore a deeper spiritual path.

Licensed as a Spiritual Practitioner, Angela has facilitated over 20,000 individual sessions with people of all different faiths and belief systems, from around the world. Angela considers prayer to be our greatest technology to access a life of purpose and fulfillment.

A best-selling author on DailyOM and featured guest on Hay House radio, Angela is a sought-after keynote speaker and creator of RethinkPrayer.com – her website which is an invitation to consider new perspectives on prayer.

“Prayer from the heart can change what nothing else in the world can”. Gandhi.

Such an interesting conversation with Angela about the power of prayer and what prayer means for her. Her work is non-denominational and it’s fascinating to hear her story of how she was led to this work (hint: a washed up actress aged 30 who joined spiritual classes for her own benefit!).

Towards the end of our conversation, Angela mentions some tools available for people who wish to build their own prayer practise. On her website, you can sign up to her ’15 Days of Uplifting Prayers’ and receive a FREE daily audio prayer. Once signed up, you will also receive notification of Angela’s FREE monthly Live Global Prayer Call which usually takes place the 1st Friday of every month. Or for a small donation, you can access Angela’s ’21 Days of Prayer to Change Your Life’ on the DailyOm website. I did this course and it was fabulous and I often still dip in & out of the different prayers!

Connect with Angela online via the links below: